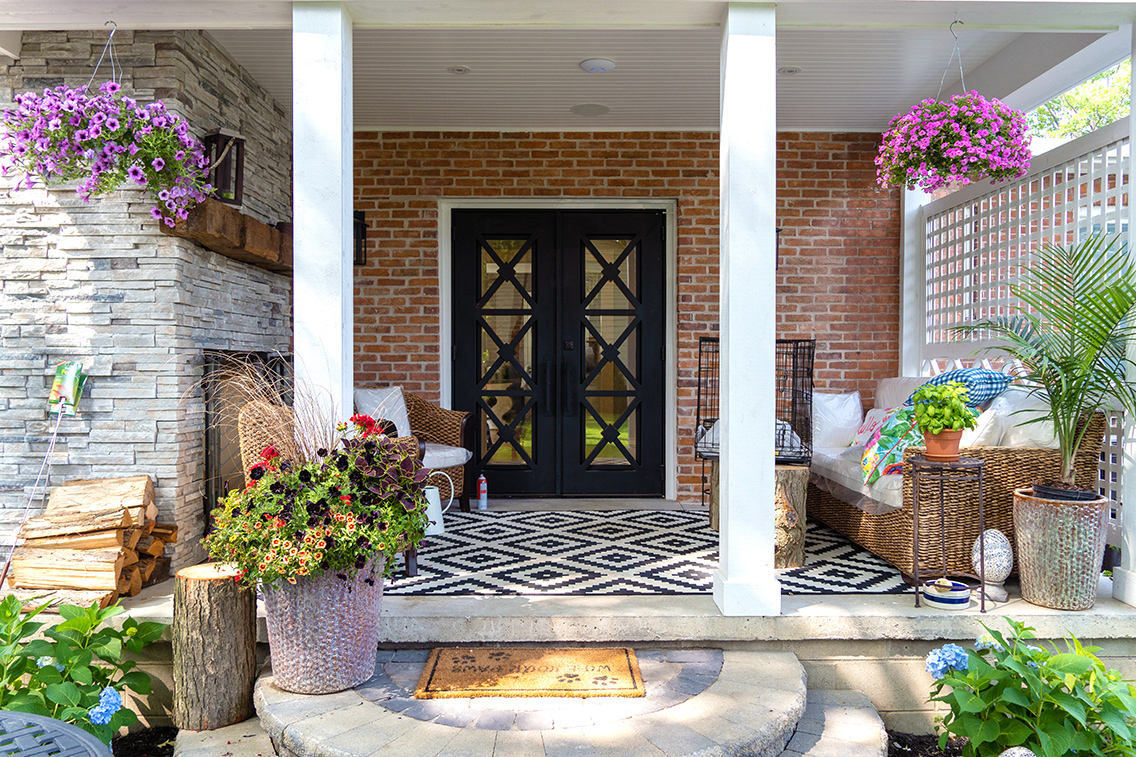 This newly remodeled home in downtown Saratoga Springs showcases a modern flare that pays homage to the home’s historic roots. Originally built in the mid-1800s, it acquired local distinction as the home of a prominent doctor who ran his practice and raised his family there until the mid-1900s. After relocating his practice, the doctor’s house was subdivided into multiple apartments and eventually deteriorated to a condemned state until it was later purchased – “as is” by the Israels.

When Bonacio Construction took on the project, the home was in need of major structural repairs and reconfiguration, as well as all new street connections for gas, water, and electric. Bonacio’s Remodeling Division saved as much of the original material in the house as they could, which included some trim work, about 20% of the plaster molding, about 40% of the floors, and a few windows.

Now completely renovated, this historic 4 bedroom, 3.5 bath home is once again a local showpiece, boasting a state-of-the-art kitchen, steam room with Aspen bucket shower, and back porch with a built-in fireplace that’s perfect for entertaining. Here’s a sneak peek at home #10, and don’t miss it at this year’s Showcase! 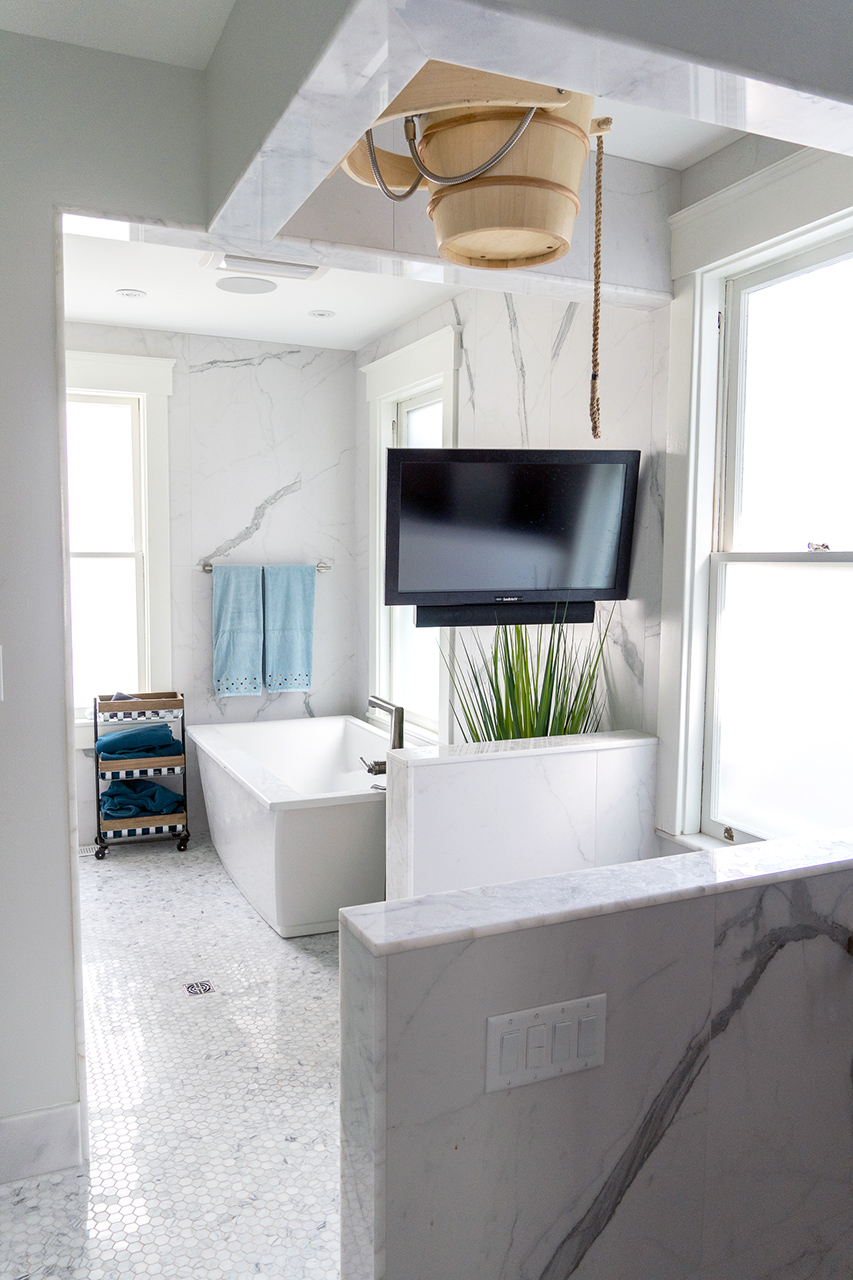 First off, who wants a spa day in this bathroom?!?‍♀️ 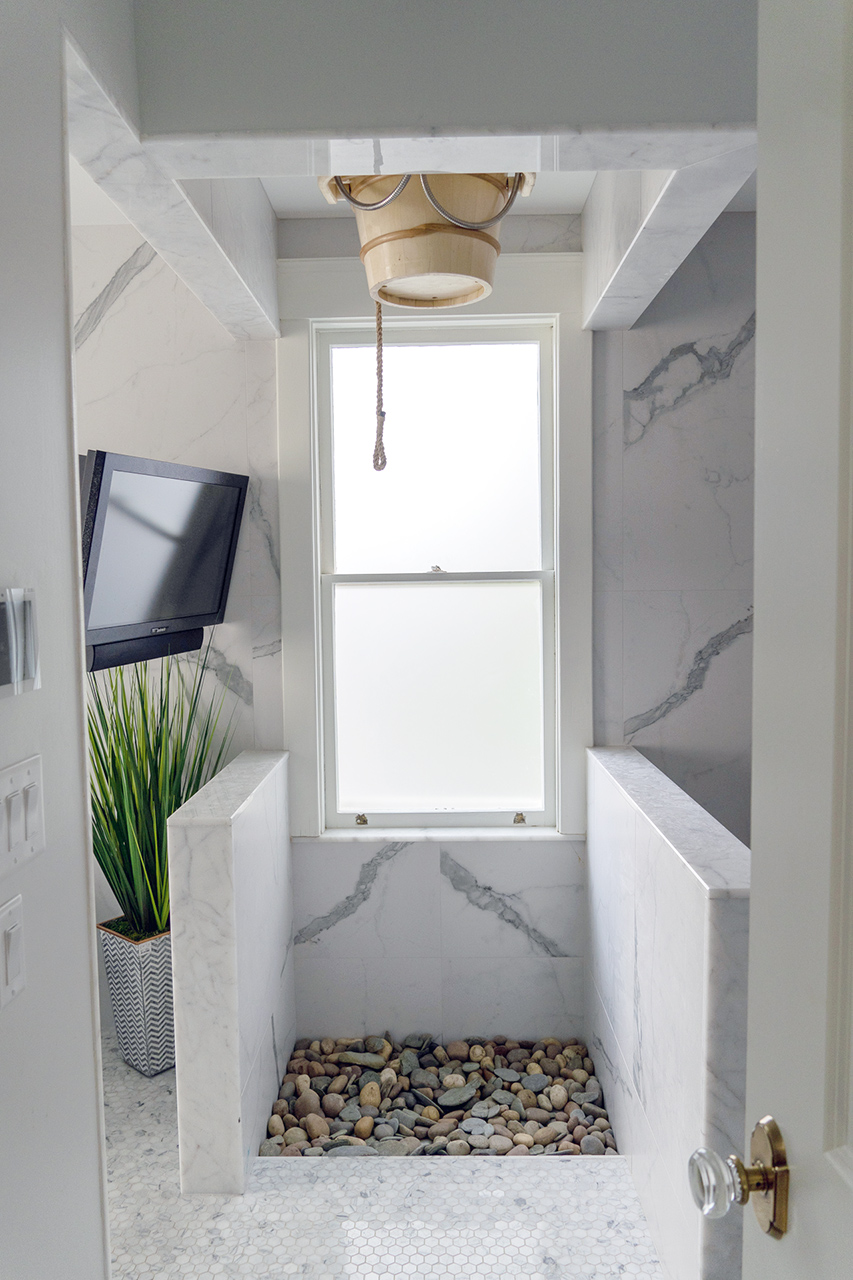 Obviously there’s lots more to see in this sumptuous bathroom suite, but one of its many notable features is this custom-built, Aspen Dump Bucket (Sauna.com), which provides a luxurious refresher of cold water after a nice hot steam shower. Oooh la la.

Another hidden gem you won’t want to miss checking out is the secret bookcase door in the library. It was custom-built by Bonacio wood shop to pay homage to the home’s historic past and add an element of surprise: 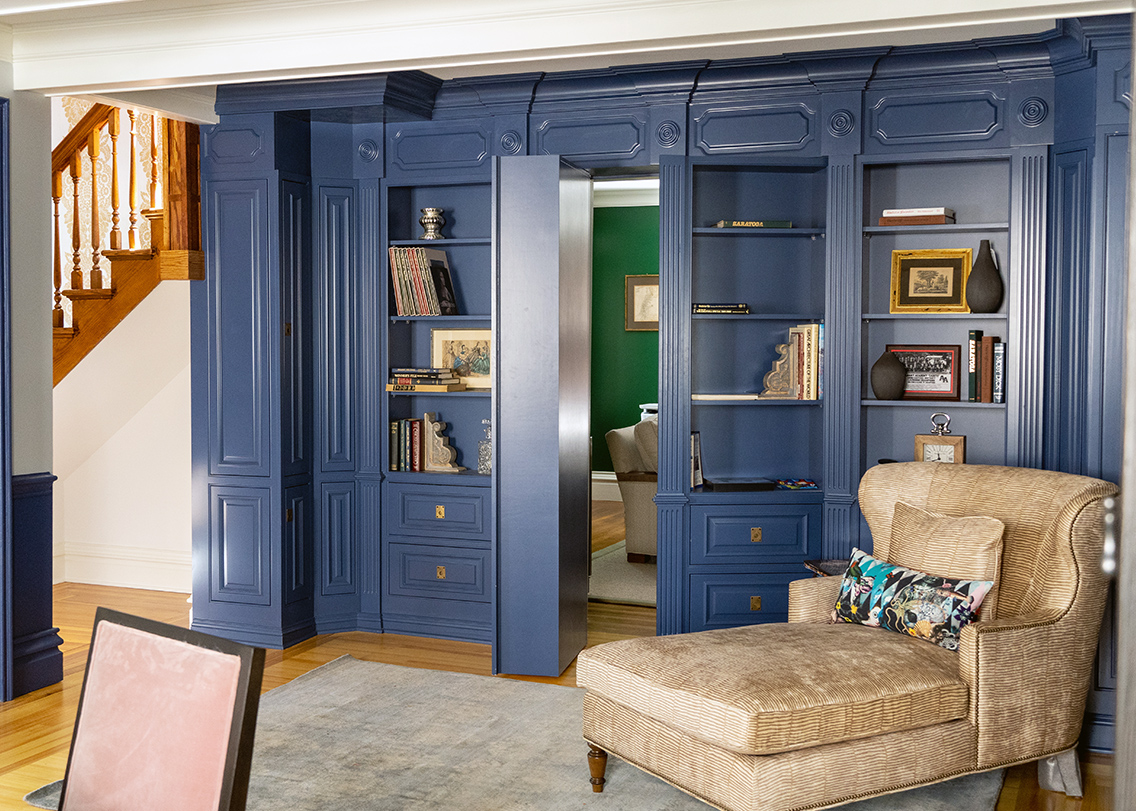 And for a breath of fresh air (and some serious #exteriorinspo), don’t forget to step outside and see the built-in outdoor fireplace – a Castlewood HEATnGLO with Echo Ridge Ledgestone facade and custom refurbished wood: 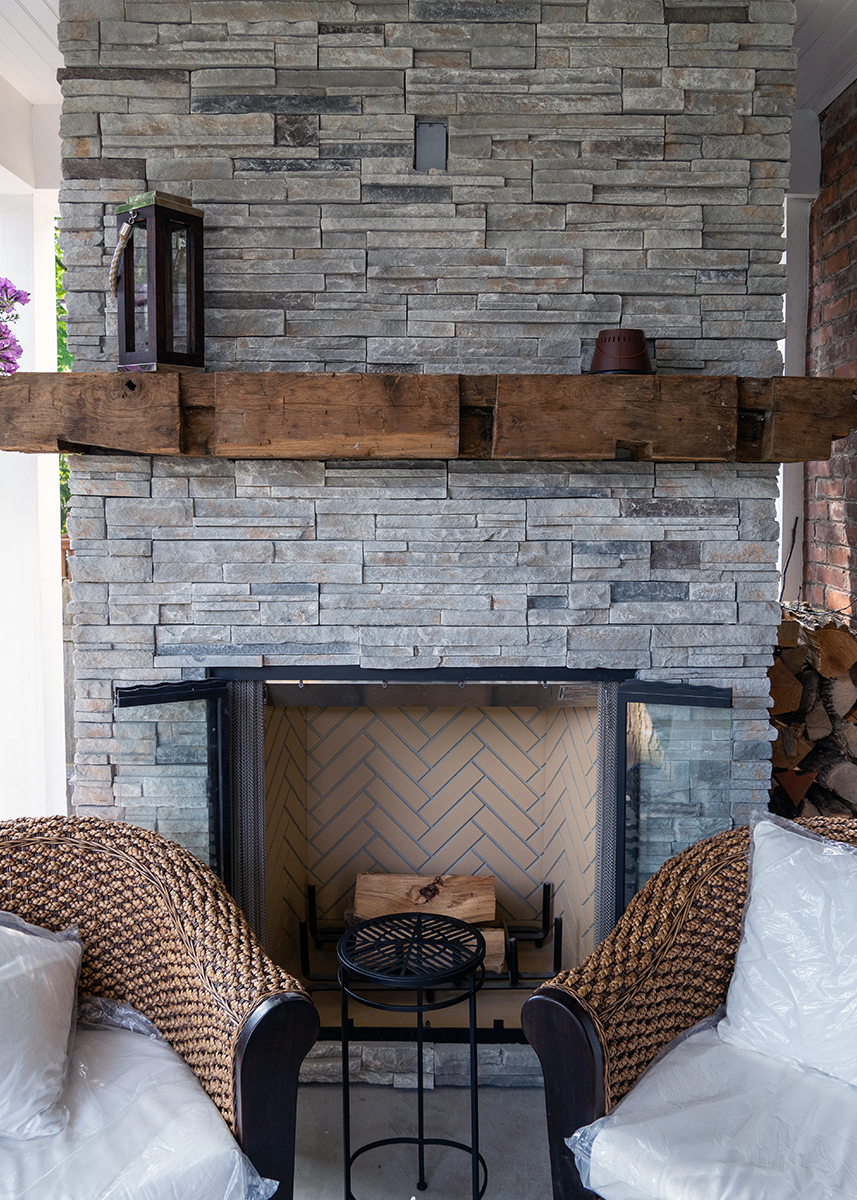 Don’t miss seeing 184 Spring Street for yourself at this year’s Showcase, kicking off Saturday, September 14, 2019! Tickets to see all 10 homes are just $20 and on sale now — proceeds benefit two local housing charities: Rebuilding Together Saratoga County and Habitat for Humanity of Northern Saratoga, Warren and Washington Counties.